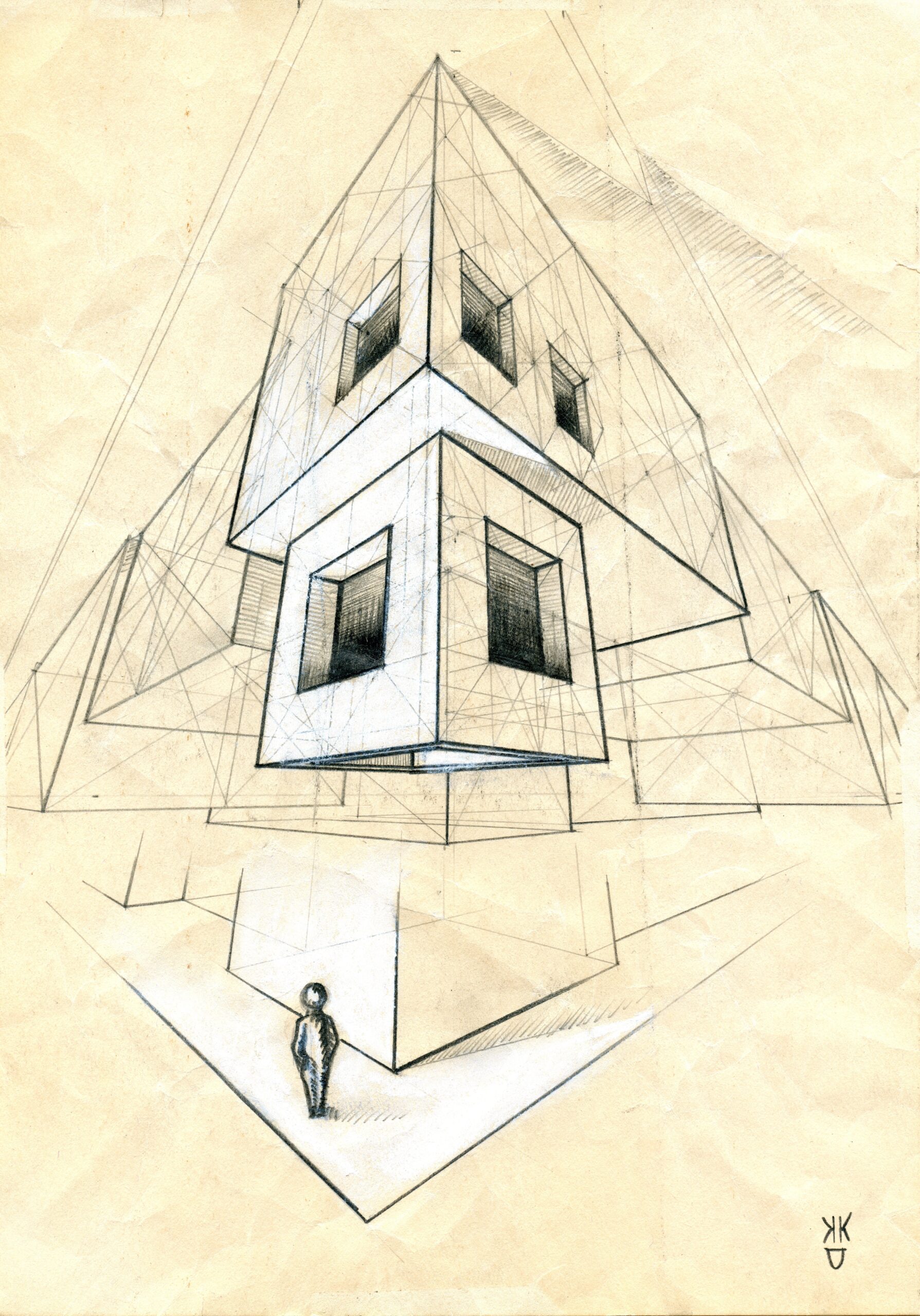 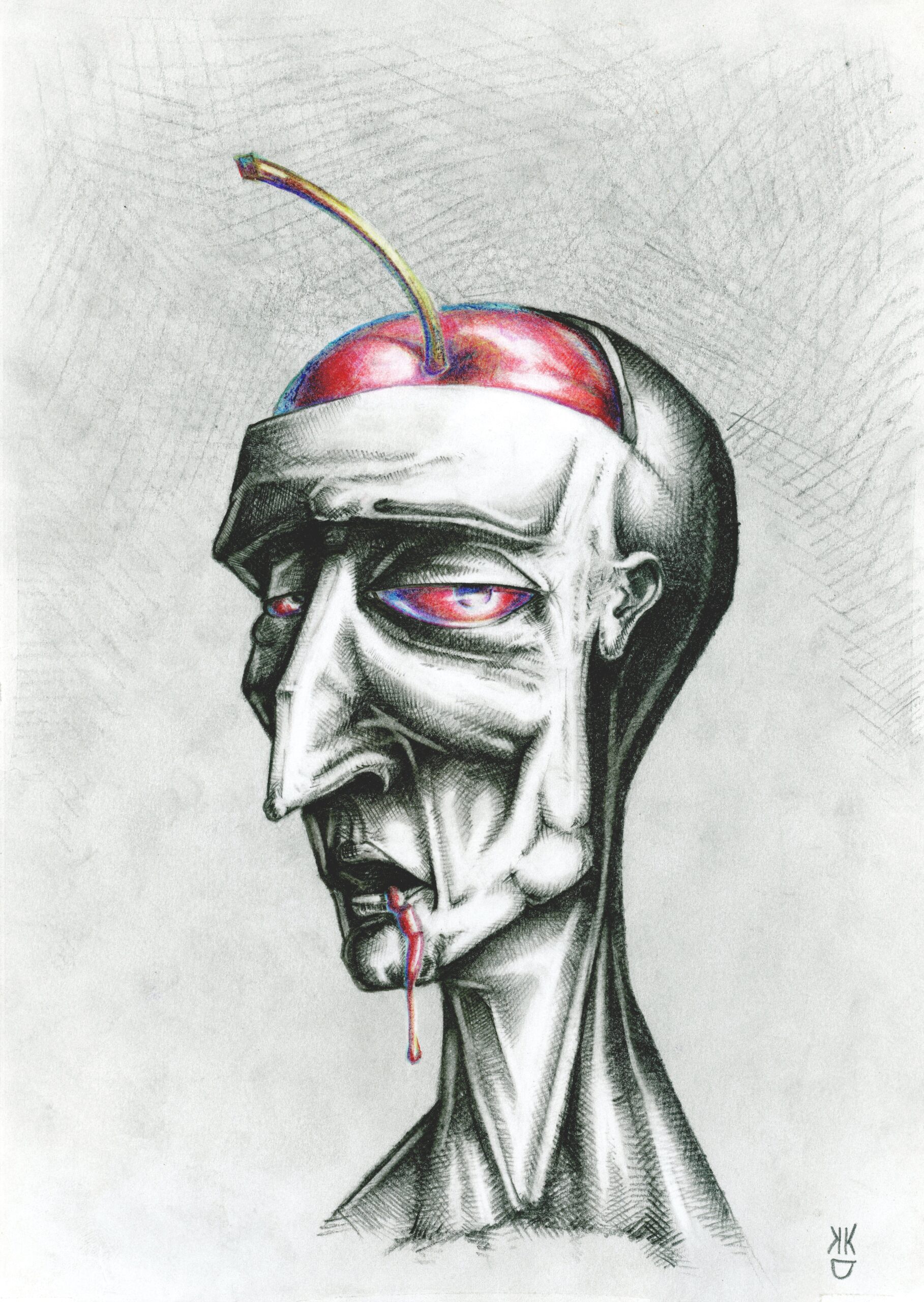 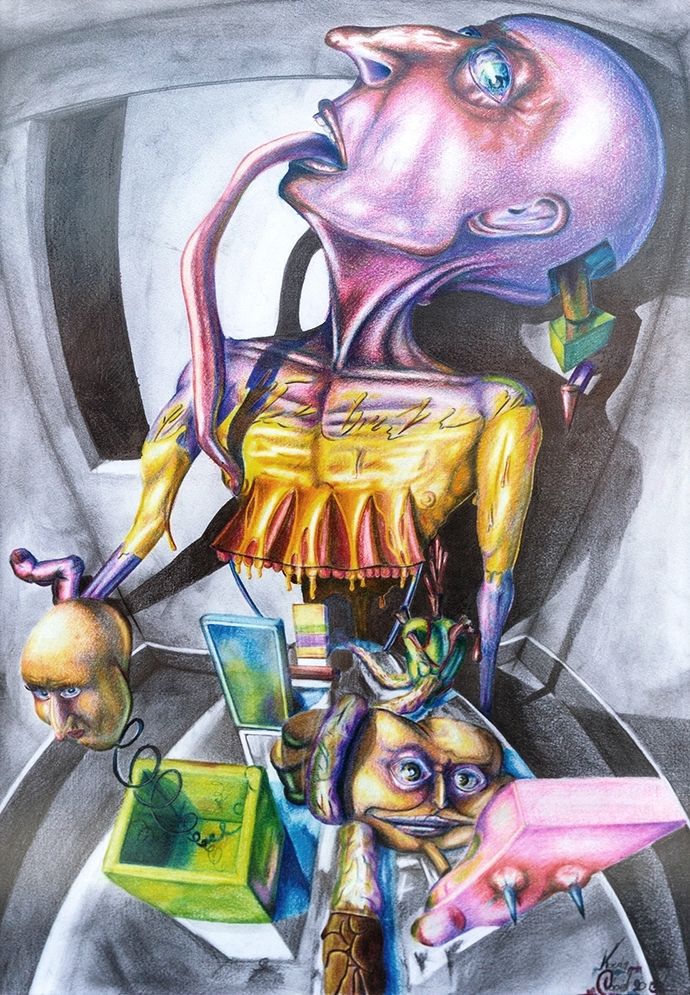 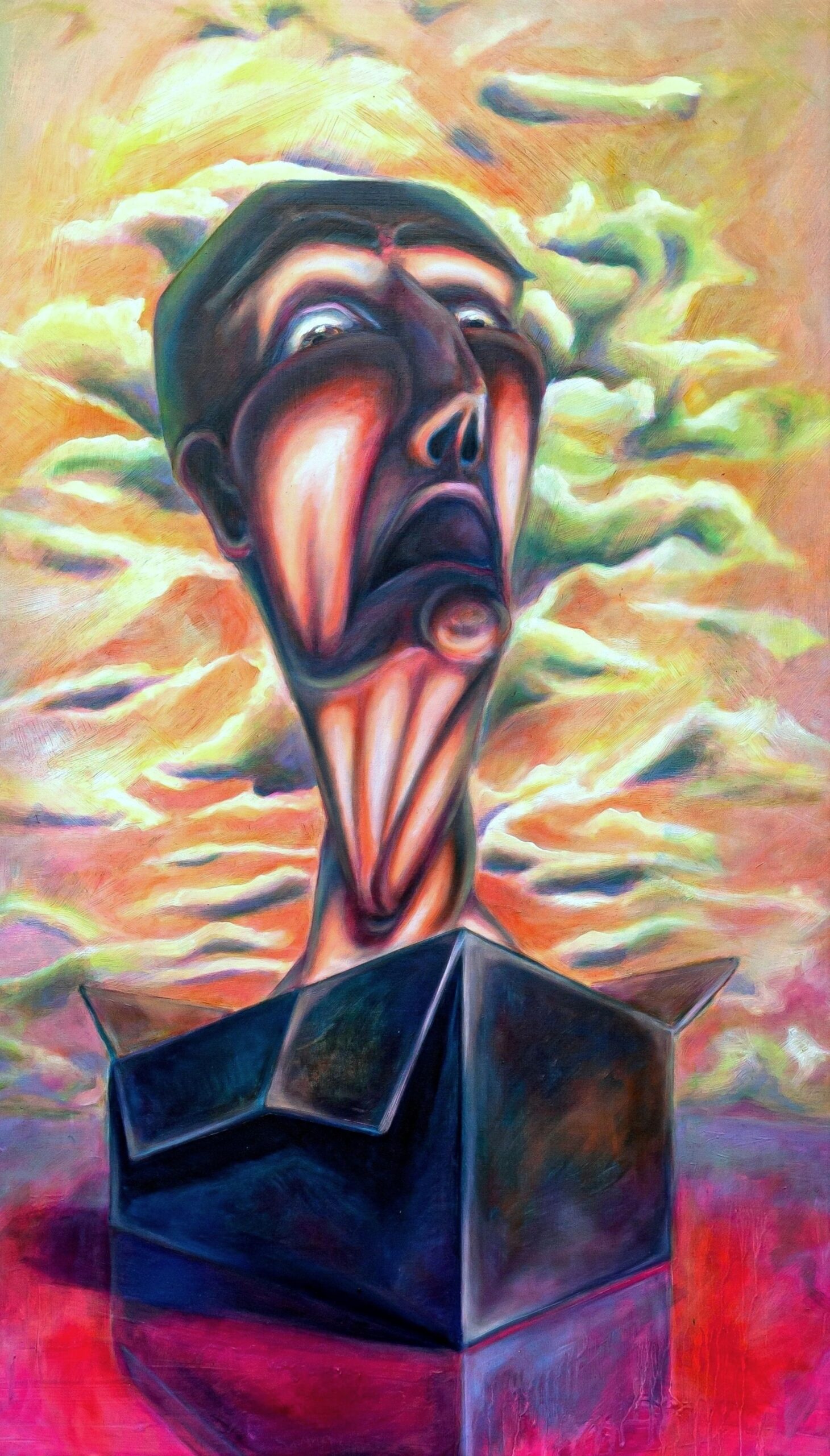 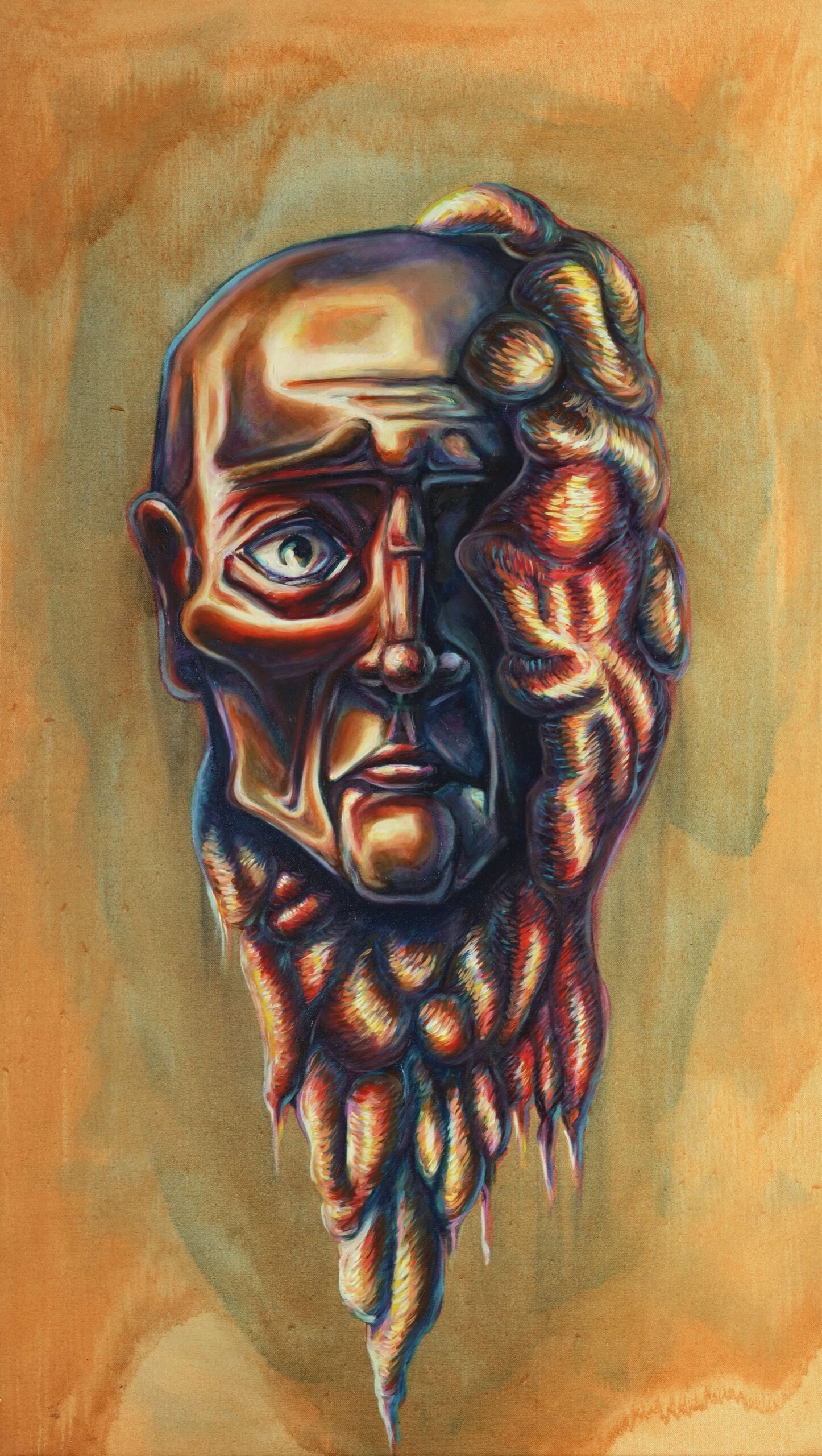 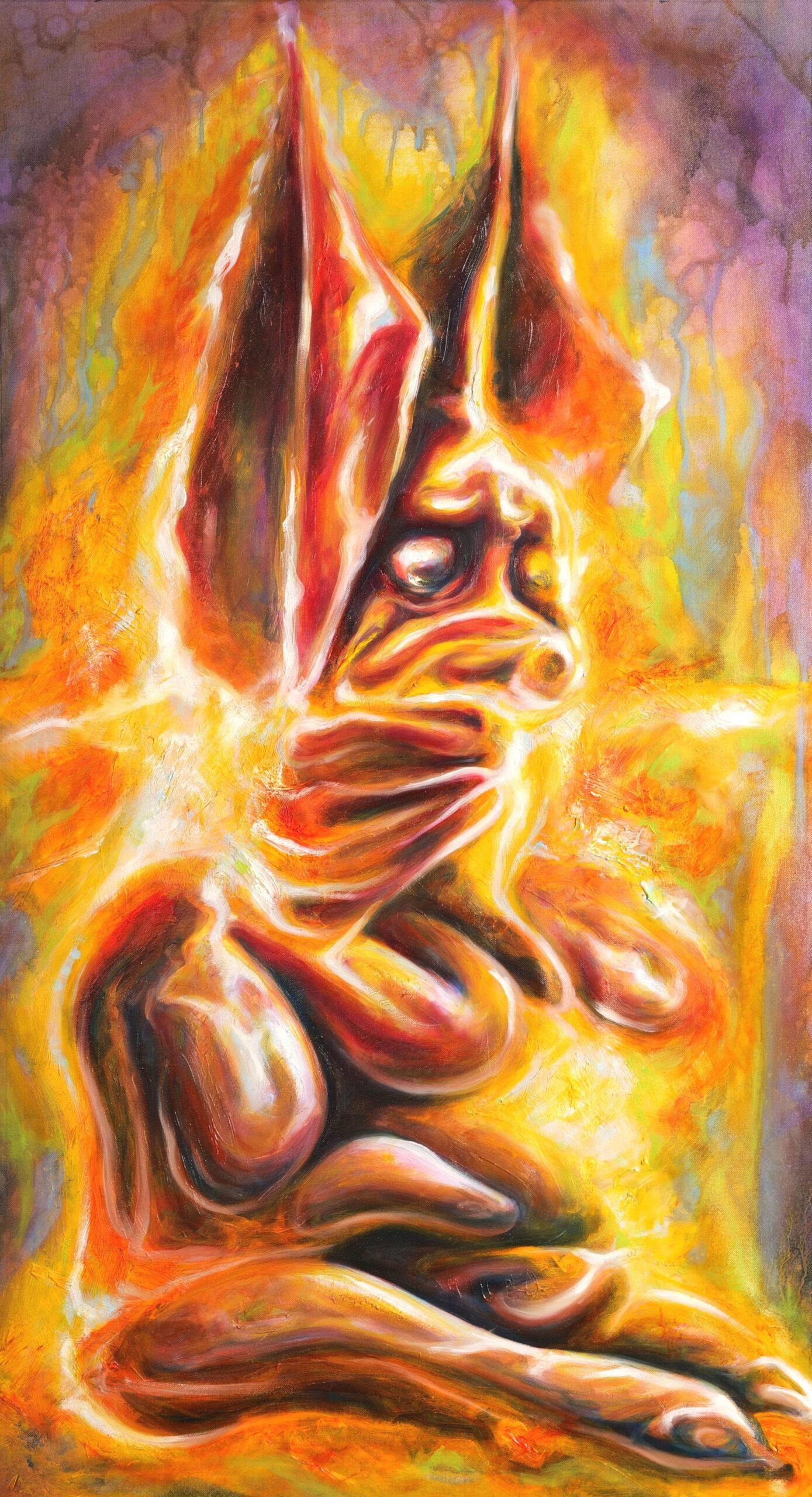 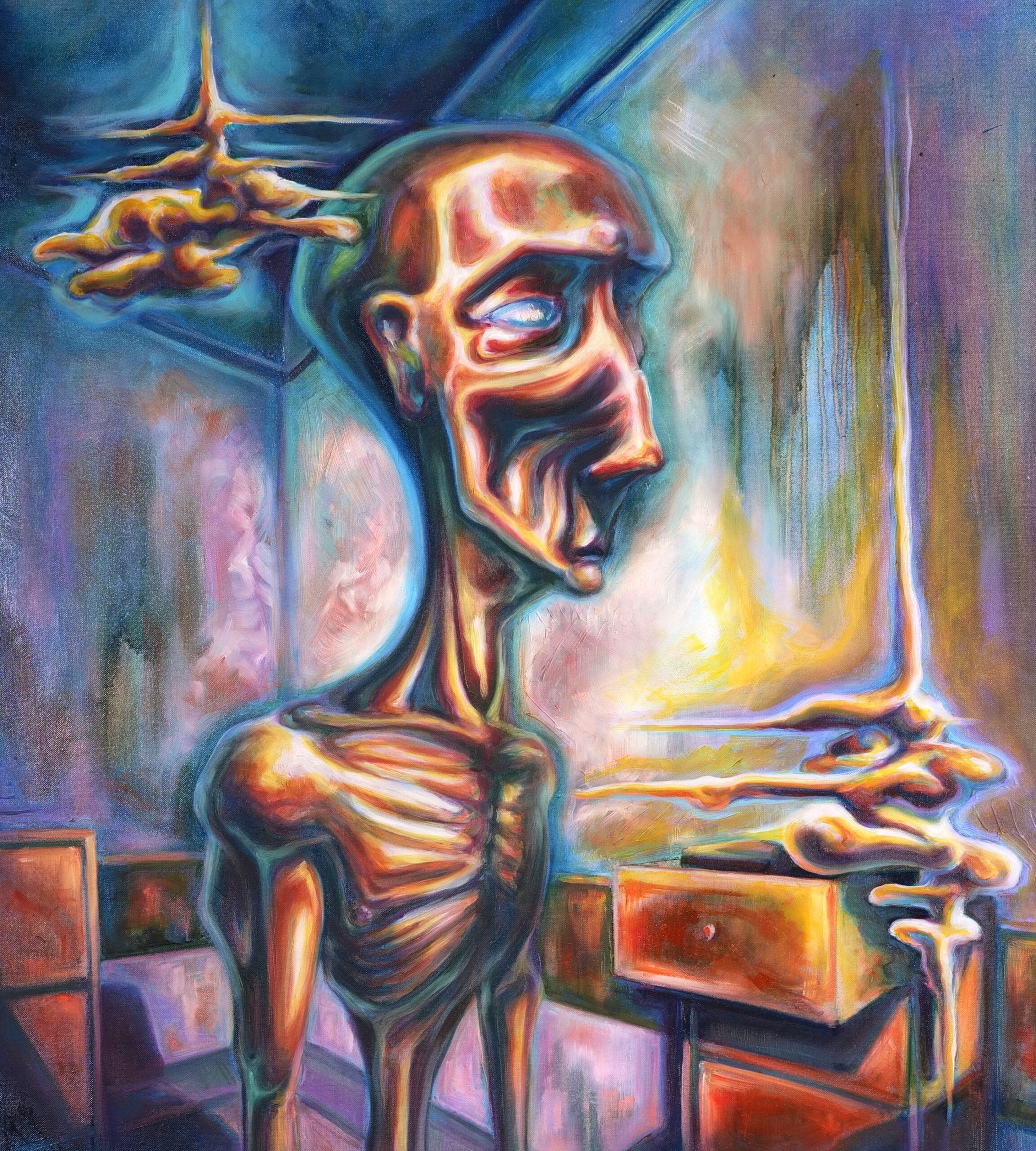 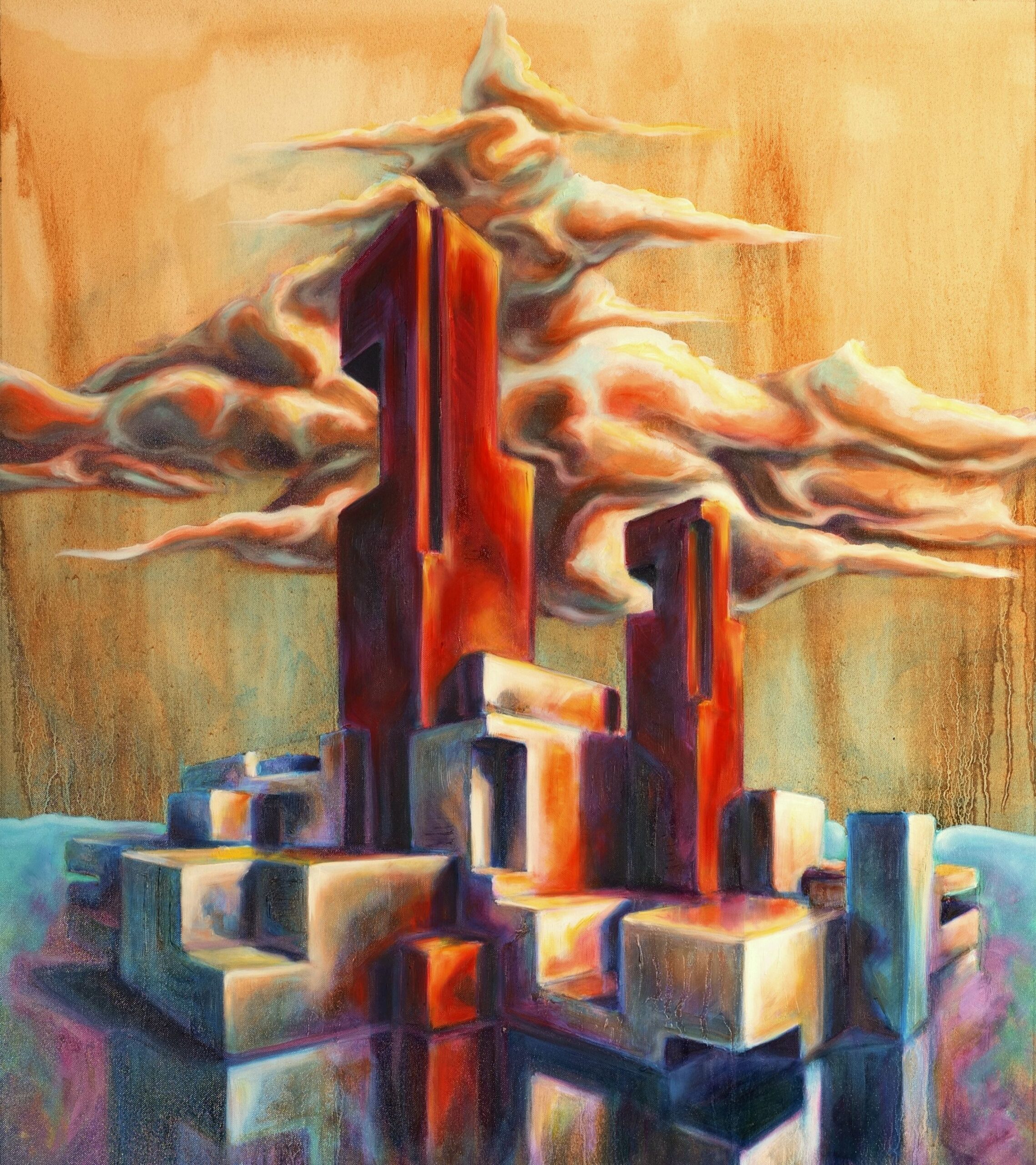 Watch me make my paintings

I have always had a desire to create. I used to play with Lego, tinker, and draw a lot as a child; however, I only grew to like the process of drawing and painting in elementary school, thanks to my former teacher, Nóra L. Ritók. Later, I went to Igazgyöngy Primary Art School as well. During this period, I was captivated by the depiction of perspective. I drew buildings one after the other and I created a lot in this genre.

I was hesitant about which high school to choose since I loved drawing buildings, I was an exemplary student in sciences, and I wanted to stay on the path of creativity as well. For these reasons, I chose Architecture, so I went to Péchy Mihály Vocational Grammar School of Constuction Industry in Debrecen. Here, we had a high number of freehand drawing classes, taught by Zsolt Besenyei. After graduation, applying to the Faculty of Engineering of the University of Debrecen seemed to be the obvious choice for me. Although I was accepted and we were taught freehand drawing, it was not ideal as I was still under the influence of perspective here.

Afterwards, I managed to take professor Attila Köszeghy’s freehand drawing classes who showed me the wonder of the segment from a new aspect. Later on, art professors arrived to our faculty and I was under the tutelage of sculptor Sándor Krisztiáni, who introduced me to the mysteries of anatomy. It was then that I began to gain interest in portraits and figurative works. I was already completely taken by the desire for art there and I wanted to learn this profession. After the tragic death of Sándor Krisztiáni, I took the classes of Edit Huszty, who thoroughly introduced me to the mysteries of colour studies. I have her to thank for giving me the encouragement and determination that I needed.

I changed courses from Architecture to Engineering Management. Influenced by Edit Huszty, I decided to pursue a career in art. After this, I was accepted to the Faculty of Visual Representation of the University College of Nyíregyháza. I was able to further develop my artistic skills here. I am also grateful for professor Csaba Orosz, Attila Szabó, and Tamás Havasi for their guidance.

I primarily work using oil paint. The possibilities in this technique are immense and compared to other painting methods, it is also the most manageable one. In this technique, it is time that holds me back. I do lazure painting, I have to wait for the previous layers to dry, and each layer takes at least a week, so I work on multiple paintings simultaneously. It can take several months to complete a painting.

In addition to my oil paintings, I create coloured graphics and aquarelles, and I also illustrate books. Each material has its own characteristics. The theme brings about the technique I end up using, I experiment with a lot of combinations. On an experimental basis, I am also interested in making statuettes.
I have produced my first sketches and drawings as a means of therapy and although this attitude is still present, it is due to a conscious effort today. I project my negative experiences onto the canvas /while keeping the positive ones to myself/ which are, in many cases, absurd, over-dramatized but definitely grotesque.

Despite the fact that I am fascinated by the human body, I have never been interested in the realistic portrayal of people; instead, I would like to shape it into my own image, using it to give an expressive trait to my works. I just create childlike sketches, I see the finished image in my mind’s eye but it changes somewhat during the process. For the most part, the milieu that I feel before finishing a picture is present in the colours. I also process dreams and themes dealing with social criticism but the number of these works is inconsiderable.

Would you like to support my work? You can do so via Patreon.